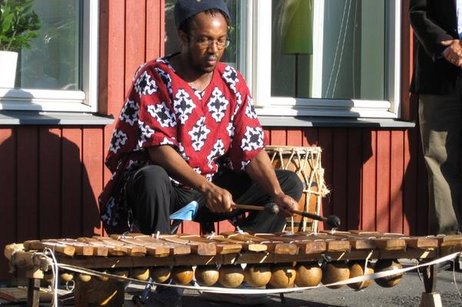 Celso was born in 1966 in Maputo, Mozambique. He grew up in an old fashioned tradition and started interpreting traditional music and dance from his roots native land since childhood.

He was also inspired by music and dance forms from neighbouring countries, i.e. Zimbabwe, South Africa and Tanzania.

In 1995 he obtained a General Certificate in Ethnomusicology passed by The Zimbabwe College of Music where he also didg a teacher training program in percussion. Celso adquired a Master degree at the department of folk music in The Royal College of Music in Stockholmin 2018. Year 2021 he was atributed a Certificate in Storytelling-Film and Drama by Region Uppsala, Wiks Folk High-School

He is a experienced workshop-leader in folk music and dance  as well as a stotyterller in schools, kindergartens, libraries and culture centers. He is also a stage performer and with that he has been to many countries such as Norway, Damnmark, Finland, Spain, Italy, Sweden, England, Mozambique, Switzerland Germany, Hungary, Zimbabwe, Portugal, Australia, Eritrea, Senegal Angola, USA to name a few.

Celso Paco's passion for drum playing started when he was helping his uncle Alexandre (Biloni) Paco to make drums using tubes and gallons.  It was by emitating other drums in weddings and familiy parties that he learned to play. He began to play professionaly at the age of 14 earning enough to pay his own studies.

After a Portuguese language teacher traing program in Maputo, he worked as a year 6 and 7 teacher at Guaxene primary school in Catembe - Maputo bay. He studied French for works at the Linguage Institut of Maputo.

He became a music teacher at National Music School, at The Nacional Dance Company and at the Swedish School (now Scandinavian School) of Maputo, where he taught percussion based on Mozambican tradition.

At the age of 21 he was traveling the world playing jazz, afro, latin, pop, rock reaggae and Mozambique's national rythms like Marrabenta, Mfena and Mthimba.

He was several times a member of jury in competition for uppcoming young musicians. 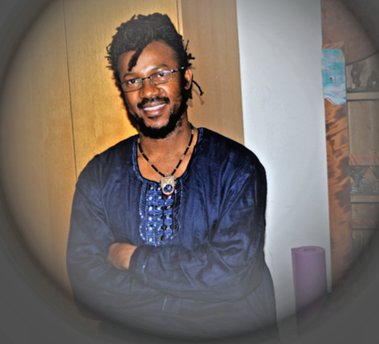